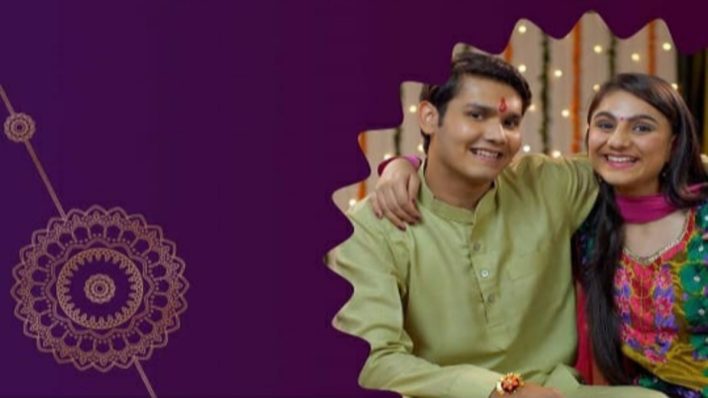 Rakshabandhan has some interesting stories related to its origin on which, sometimes we use to ponder.

Rakshabandhan is a well-known sacred festival of siblings. On this day sister ties a saffron-colored thread on the right wrist of brother. Saffron- colored thread is a symbol of that the brother will always protect his sister from every kind of difficulty. At the end of the Shrawan month of the Hindu calendar.

Rakhi or Rakhri is the second name of this festival. Buddhists, Muslims, Christian, Hindus, and Sikhs too celebrate this festival. India is not the only country where this festival is celebrated by the people, but also people from Nepal, Mauritius, USA, Sri Lanka, and UAE also celebrate it. On this day women over the whole country use to tie the thread on the train, soldiers, trees, celebrities, politicians, officers, and many more people. This festival is also known as Nariyal Purnima in Maharashtra and Avni Aviram in among South Indian Brahmin.

This festival has also mentioned in Mahabharat. One Krishna has come from the battle with his bleeding hand. By noticing which Draupadi tore a piece of cloth from her saree and tied around her wrist to control the bleeding. By her love and affection, Lord Krishna got attached. And he took an oath to protect her from every troubling situation.

There is one famous story of 326BC. There was a battle between Alexander and Porus. Before the battle, Alexander’s wife approached Porus and tied a rakhi on his Wrists. In reward of which Porus promised her, that he’ll not harm the Alexander. So during war, Porus gave up before harming Alexander, By looking at the rakhi on Hand of Porus, Alexander has also stopped the battle, and after that, they became a friend.

Once Rani Karmavati of Chittor was facing a threat of attack from Sultan Bahadur Shah of Gujrat. So she sent a rakhi to Humayun and requested for saving her kingdom. But till the time he reached Chittor, Rani with other women preferred to immolate themselves.