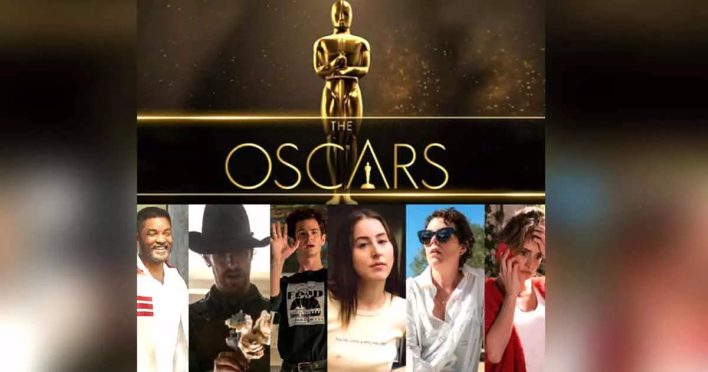 Not only Hollywood, everyone eagerly awaits the world’s most prestigious Academy Awards. Now it has started with nominations. On Tuesday, February 8, the names were announced, who can win this year’s Oscar Award 2022. Talking about the best movies, there are 10 movies names in the race. Which of these will win, it will be announced on March 27, but before that let us introduce you to these films. First of all, let us tell you which films have been nominated for ‘Best Picture’ this time. Let’s take a look at this list. these are 10 movies
,
Belfast ,
coda ,
don’t look up (Don’t Look Up),
drive my car ,
Dune (Dune),
King Richard (King Richard),
Licorice Pizza (Licorice Pizza),
Nightmare Ale (Nightmare Alley),
the power of the dog ,
West Side Story (West Side Story). Now let me tell you about these films. Their story. Who directed and who wrote the story. Which popular celebs have played lead roles in which films and when were they released?

1. Belfast (Laura Berwick, Kenneth Branagh, Becca Kovacik and Tamar Thomas, Producers) Talking about Belfast, it is considered to be the best drama movie of 2021. It depicts the riots of Irish and Christian people, which took place during 1969. It is directed and written by Kenneth Branagh.

2. CODA (Philippe Rousselet, Fabrice Gianfermi and Patrick Wachsberger, Producers) This film is directed by Sian Heder. Starring Emilia Jones, Marlee Matlin and Troy Kotsur, the film tells the story of a girl from a family who cannot hear. What kind of struggles this girl has to face in the society has been shown very well.

3. Don’t Look Up (Adam McKay and Kevin Messick, Producers) The director of this movie is Adam McKay. Talking about its star cast, Leonardo DiCaprio, Jennifer Lawrence and Meryl Streep play the lead roles. It is shown that the earth is about to end, but no one believes in this. Serious issue has been presented in a comedy manner.

4. Drive My Car (Teruhisa Yamamoto, Producer) This film, made in the language including Japanese, is full of emotions. It is directed by Ryusuke Hamaguchi. Hidetoshi Nishijima, Toko Miura and Reika Kirishima star in the cast. The story is such that a couple is deeply in love with each other, but the wife dies. Then the real story begins.

6. King Richard (Tim White, Trevor White and Will Smith, Producers) This is a biographical movie, in which Will Smith is in the lead role. It depicts the story of such a family, in which a father does everything to make his daughters fulfill their dream. Apart from Will Smith, it has stars like Aunjanue Ellis and Jon Bernthal. This movie is directed by Reinaldo Marcus Green.

9. The Power of the Dog (Jane Campion, Tanya Seghatchian, Emile Sherman, Iain Canning and Roger Frappier, Producers) The story of this drama movie begins in the city of Montana in 1925. This is also a psychological drama movie, written and directed by Jane Campion. It is based on the 1967 novel by Thomas Savage, named Same. Talking about the star cast, it stars Benedict Cumberbatch, Kirsten Dunst, Jesse Plemons and Kodi Smit-McPhee in important roles.

10. West Side Story (Steven Spielberg and Kristie Macosko Krieger, Producers) In this movie you will get to see a love story, in which the boy joins the street gang. On one hand the girl’s family and on the other her love. How both of them achieve their love, this twist is amazing. Its director is Steven Spielberg. The star cast is Ansel Elgort, Rachel Zegler and Ariana DeBose. Now which of these films will win the title of Oscar 2022, it will be known only in the coming time.