Skip to content
HomeNewsWill Smith is in trouble after slapping host Chris Rock at Oscars 2022. On the one hand, the academy has started an investigation into the matter. At the same time, now the police reached the mansion of him and Jada Pinkett Smith. His photos are going viral on social media.

Will Smith is in trouble after slapping host Chris Rock at Oscars 2022. On the one hand, the academy has started an investigation into the matter. At the same time, now the police reached the mansion of him and Jada Pinkett Smith. His photos are going viral on social media.

Oscar winner actor Will Smith ,will smith) have been in the news since the ‘slapgate’ (oscars slapgate). Chris Rock on stage at the awards show (chris rock) is not over yet and Will seems to be in trouble now. Now the police team reached his house, but it is being told that the police had gone to investigate some other case. An unidentified drone was hovering around his house, after which the police officers immediately reached there after receiving the complaint.

Officers from the Los Angeles County Sheriff Department were seen at the actor’s home on Tuesday afternoon. However, the police had gone to the actor’s house to investigate another case. According to Page Six, Will and his wife Jada Pinkett Smith Went to the Sheriff of Calabasas Mansion. The paparazzi present outside the house clicked the pictures of the police car. It is being told that the police had gone there to investigate the report of an unidentified drone flying in the neighborhood.

Who complained about the drone?
Los Angeles County Sheriff’s Department spokesman Deputy Lizzette Salcon spoke about the drone, but did not confirm whether the actor and his family had called to complain or someone else in the neighborhood. “We had sent the drone to that unit to try to find out whether it was the work of the paparazzi or something else is going on,” the deputy said. The deputy added, ‘But the drone has not been traced. He had already left the area.

What happened at the Oscars?
The Oscars 2022 ceremony was underway at the Dolby Theater in Los Angeles on March 28. Chris Rock was hosting the show on stage. He made fun of Will Smith’s wife Jada’s illness. Hearing this, Will got up from his chair and went to the stage and gave a loud slap to Chris. Chris was stunned for a while. The celebrities present there and the whole world watching the Oscars through the screen were also shocked.

Reaction on ‘Thappad Kand’
When Will Smith received the Best Actor Award for ‘King Richard’, he became emotional while giving a speech on stage. He thanked everyone, but there was a debate on Twitter about this ‘slap scandal’. Many people supported Will Smith. At the same time, some people were against him. Many Bollywood celebrities including Salman Khan and Kangana Ranaut also reacted to it.

Will and Jada’s post
After this incident, Will Smith apologized to Chris Rock and the whole world through social media. He said he was ashamed of his behavior and regretted it. After this, Will Smith’s wife Jada Pinkett Smith also shared a cryptic post on Instagram. The actor’s mother also said that she never saw her son shouting at anyone. Whatever happened at the Oscars, he saw his son doing it for the first time in his life.

Jada’s disease
Jada has a disease called alopecia. In this, hair starts falling in the form of patches from many places on the head. This is a serious disease and if not treated on time, the infection spreads very fast. Jada had told in an interview that for this reason she gets her hair cut.

For now, Chris Rock has refused to take any action. On the other hand, now the academy has started the formal investigation of this ‘slap scandal’ case. 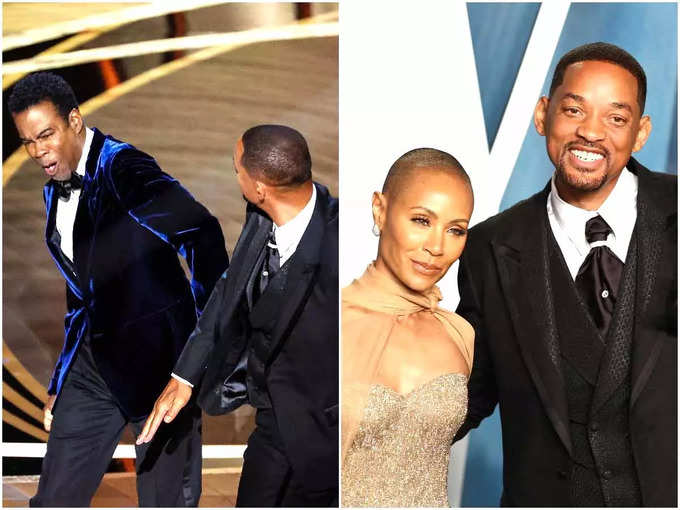