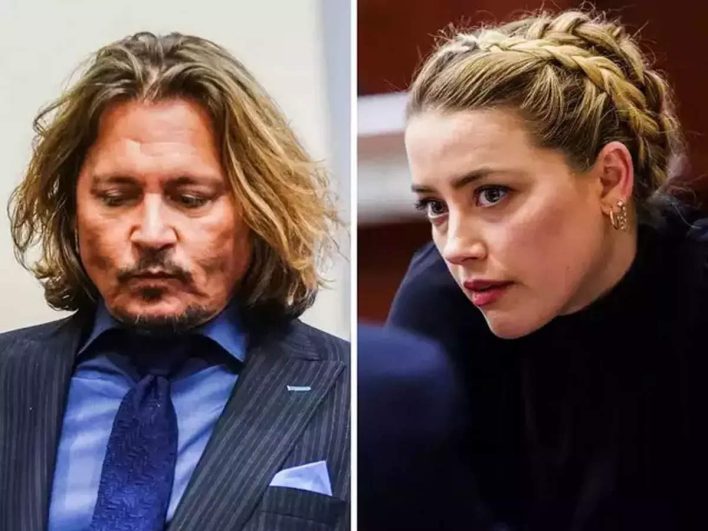 Johnny Depp has filed a defamation case against his ex-wife Amber Heard. During the hearing of this case, some old messages of Johnny Depp have come to the fore in which he had said very derogatory things about Amber. These messages were also read openly in the court.

Famous Hollywood actor Johnny Depp has filed a $ 50 million defamation case against his ex-wife Amber Heard. He has done this case on the basis of an article written in ‘The Washington Post’ by Amber Heard (Paul Bettany). During the hearing of this case, on April 21, Johnny Depp was questioned by Amber’s lawyer in court. It read abusive messages sent to Johnny Depp’s actor Paul Bettany about Amber Heard.

What did Johnny write in the message?
These messages of Johnny were so derogatory that they cannot even be written in the news. Amber Heard’s lawyer, Benjamin Rottenborn, read these messages while talking about Johnny and Paul’s friendship. These messages were sent in June 2013 before his marriage to Amber. Johnny wrote to Paul, ‘Let’s burn Ember.’ In response, Paul wrote, ‘I don’t think we should burn ember. Because she looks so beautiful. We can see him immersed in water. what are you thinking? You have a swimming pool.’ Responding to Paul’s message, Johnny wrote, ‘Come on, let’s drown it before burning it. When I feel that she is dead, I will have sex with her burnt body.

Johnny Depp’s severed finger was found on the kitchen floor, doctor claims Amber Heard threw the bottle
Johnny-Amber marriage lasted very short time
Let us tell you that Johnny Depp and Amber Heard met in the year 2009. After dating for a few years, both of them got married in 2015. However, this marriage did not last long and in 2016 Amber filed for divorce, accusing Johnny of assault. Johnny, however, denied all the allegations. Both got divorced in 2017 but both have been accusing each other from time to time.