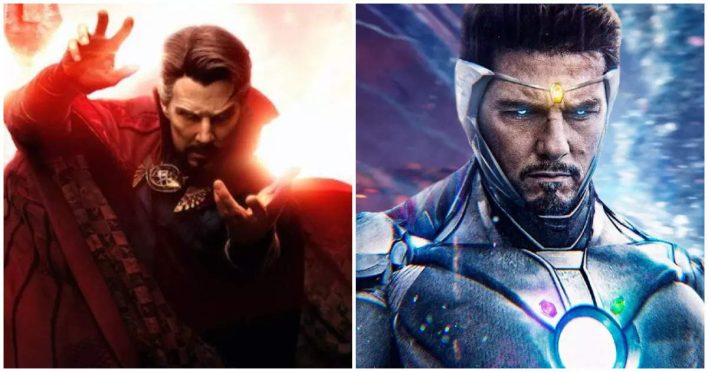 Tom Cruise As Iron Man in Doctor Strage 2: The fans of Iron Man are eagerly waiting for the movie ‘Doctor Strange 2’ i.e. Doctor Strange in the Multiverse of Madness. It is discussed that Tom Cruise will enter this film and Iron Man will return. But the new information that has come is disappointing.

Ever since the release of ‘Avengers: Endgame’, every fan of the Marvel Studios superhero film has a tear in its heart. This is the tease of the death of Iron Man. It has been discussed for a long time that Iron Man is returning to the Marvel Universe. Robert Downey Jr used to play Iron Man on screen till now. But while killing Thanos in ‘Endgame’, Iron Man also lost his life. Now the news and buzz is that Tom Cruise will return to the screen as ‘Iron Man’. Not only this, after three years this favorite superhero of the audience will return in ‘Doctor Strange in the Multiverse of Madness’. According to the information that has been filtered so far, Tom Cruise is in the role of a variant of Iron Man in this film. Recently, in the trailer of Doctor Strange 2 i.e. Doctor Strange in the Multiverse of Madness, fans also claimed that they got a glimpse of Iron Man. Now some such new information has come, which may disappoint the fans of Marvel Studios and Iron Man.

The news of Iron Man’s return to the screen and Tom Cruise’s entry into the Marvel Superhero Universe did not come like this. Some pictures were leaked from the sets of the film, in which Tom Cruise was spotted in an Iron Man avatar. However, these pictures could not be confirmed whether they are real or not. Similarly, in the trailer, where the fans claimed the appearance of Tom Cruise, it was also blurry. Now it has been claimed by people working with Marvel that Tom Cruise is not in ‘Doctor Strange 2’.

How Big Is Tom Cruise’s Role in ‘Doctor Strange 2’?
During a recent chat on Twitter, Casey Walls Twitter profile has revealed this while giving a question to a fan. A user had asked how much screen time has been given to Tom Cruise in ‘Doctor Strange 2’. In response to this, while sharing a gif, it was said ‘Zero’. Obviously, this information has brought disappointment to fans of Marvel Studios, Tom Cruise and Iron Man. However, many fans are also assuming that this has been done intentionally. Marvel Studios does not want any such information to come to the public before the release of the film.

What will be the story of Doctor Strange 2
The story of ‘Doctor Strange 2’ begins where ‘Spider-Man: No Way Home’ ended. The film deals with the challenges of different variants and multiverses of the same superhero. It is such a story that there are chances of cameos from different variants of superheroes. In such a situation, Tom Cruise’s entry in the film and the return of Iron Man are one of the theories that are being given before the film’s release.

How did Iron Man Robert Downey Jr. have such a condition? Fans were shocked to see Tony Stark’s new video