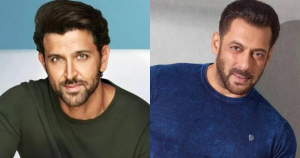 Salman Khan criticized Hrithik and his film, this is the reason

Actually something happened that in the year 2010, a film of Hrithik Roshan came which was named Guzaarish. Salman Khan had severely criticized both the film and Hrithik regarding the story of this film. After which Salman Khan became an object of criticism. Salman had said that mosquitoes were flying in that film of Hrithik and the dog did not even come to see his film. After which everyone called him bad on this thinking of Salman. Hrithik Roshan also gave a befitting reply to this criticism made by Salman. The article will also tell you about Hrithik’s answer. 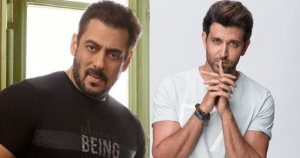 Hrithik Roshan is a very big name actor of Bollywood. Due to which everyone knows and respects Hrithik in today’s time. Hrithik has given many hits and superhit films in his entire film career. Hrithik’s films have been liked by all and never criticized. But when Salman Khan criticized Hrithik’s film Guzaarish in the year 2010, everyone criticized Salman Khan in some way. Salman had said some abusive words about Hrithik and his film. To which Hrithik Roshan gave a befitting reply to Salman. Hrithik said that he respects Salman a lot but if a superstar like Salman makes such criticisms, then it does not suit him. From this it is clear that how big is Hrithik Roshan’s heart because he gave a simple and straightforward reply to Badi even when he was criticized for himself and his film.