Shahrukh’s son Aryan Khan urinates at the airport under the influence of alcohol! The video quickly circulated on the Internet

Let us tell you that the viral video is being told of an airport in America. It can be clearly seen in the video that the man is in an intoxicated state and a guard wants to make him sit on a chair kept nearby, so that he does not fall. After which the person sits on the chair, but after a while stands back and starts fighting back and forth. After all this, the person turns around and starts urinating in front of everyone at the airport. He is also stopped from doing this, but he does not stop. 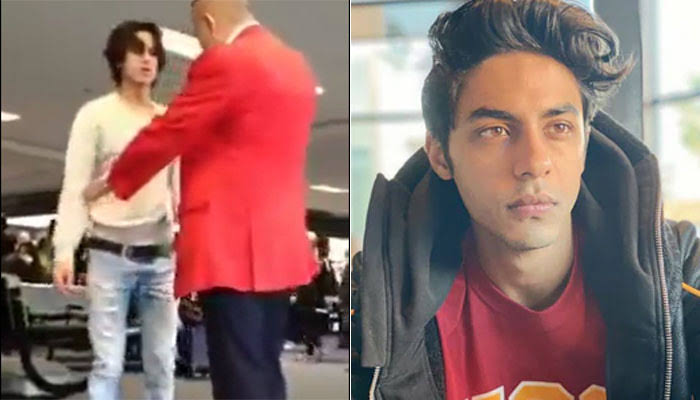 Seeing the person, for once it seems that he is Shahrukh Khan’s son Aryan Khan. In such a situation, seeing these antics, people are commenting negatively on them. People say that what kind of a son is he got his father insulted first in India and now he is getting it done in America. Along with this, trollers have also made many more comments.

Just now this video has been sent by a friend, it is being said that the young man seen in the video is Shahrukh’s son Aryan Khan, and this act has happened at an airport in America.

Please let me know if you have more information about this. pic.twitter.com/cHQFYfSSWd

Share
Facebook
Twitter
Pinterest
WhatsApp
Previous article
Arbaaz’s pain after the divorce of younger brother Sohail, told for the first time the real reason for separation from Malaika
Next article
Nita Ambani has a very expensive purse, the price is in crores, see pictures