Skip to content
HomeNewsVicky Kaushal left Katrina’s side on seeing this person in the party, the video is going viral


Bollywood actress Katrina Kaif and actor Vicky Kaushal are one of the most loved couples in the film industry. Vicky and Kat both love each other very much. The two first dated each other for the last few years and then adopted each other as husband and wife forever. The marriage of both the actors also made a lot of headlines. Recently one of his videos is going viral. In which both are seen getting romantic. But due to a man, the romance of both of them stops in the middle. 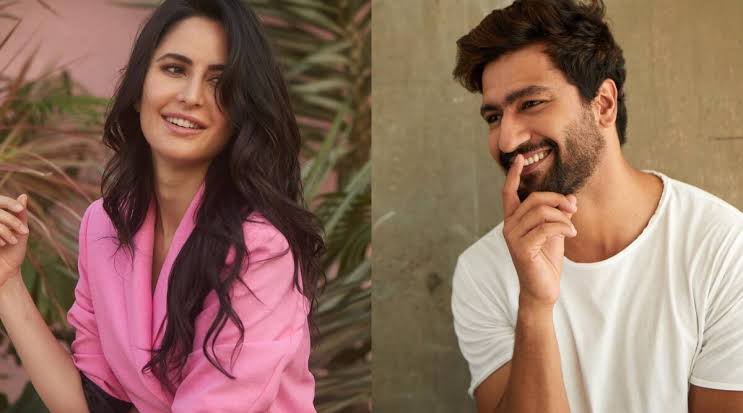 Let us tell you that in the past, it was the 35th birthday of actor Vicky Kaushal. On the occasion his religious wife Katrina Kaif wished him in a different way, congratulating him. Kat celebrated Vicky’s birthday in New York. Where he shared two pictures from his official Instagram account. Which was very much liked by the fans. This time too, the reason behind both of them being in the headlines is a video. Recently, a video of both of them is going viral from the social media site Instagram account. On which a lot of reaction of users is being seen.

Recently, the video going viral is of Vicky and Kat’s first Lohri celebration. Where both the actors were seen baking the fire of Lohri by putting their arms in each other’s arms. Also both were very close to each other. But then a man comes between them. And that cute moment between the two spoils it. Let us tell you that he was none other than Vicky’s friend. Who surprises Vicky from behind. Then Vicky gets very surprised and hugs her loudly. Vicky is seen hugging his friend again and again.

Fans are not liking the arrival of Vicky’s friend in the viral video. In such a situation, users are giving their reaction on the viral video. Some people say that their friend should not have disturbed Vicky and Kat at all. At the same time, some people are writing about the timing of their friend, what is the timing? Also, other users have got to see the reaction with angry emoji on it.