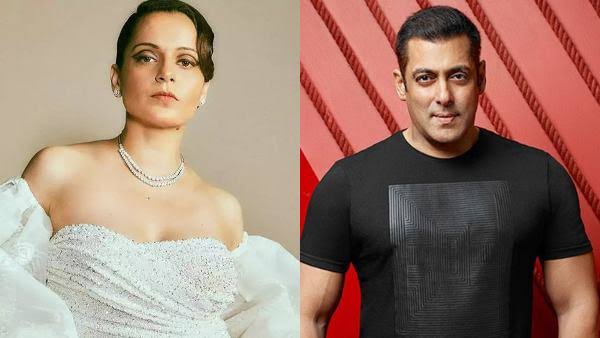 The Queen of Bollywood Kangana Ranaut will soon be seen in the film ‘Dhaakad’. Significantly, two trailers of the film have been released. Which got a good response by the fans. But now suddenly the fans are taking out anger on Kangana and asking her not to watch the film. Due to which #boycottdhakad is trending on Twitter. There have been many posts using this tag. In which users are calling Kangana badly. Along with this, the name of Salman Khan is also being included in it. Among those who expressed anger, the number of fans of Sushant Singh Rajput is more.

Actually, the second trailer of the actress’ film ‘Dhaakad’ was released in the past. Which was very much liked by the fans. At the same time, Salman Khan tweeted the trailer of this film of Kangana and wished her and the team of the film. After which Salman is being trolled. Earlier, Kangana Ranaut was seen in Salman Khan’s Eid party. After which users are also talking about the friendship of both. After sharing Salman’s trailer, Kangana wrote to him saying that he will never forget his favor.

If hypocrisy had a face it would be Kangana Ranaut

As you all know that Kangana Ranaut is a very outspoken actress. Whatever thing they do not like, they give some statement or the other about it. But now after praising Salman, Kangana was seen speaking sweet words for him. After which users say that the actress who always uses words like dictator for Bollywood people, how is she speaking so well about Salman. Along with this, users are also seen trolling Kangana and Salman fiercely.

Not only this, users are writing by tweeting that Kangana Ranaut who talks about exposing Bollywood, she herself goes to the same mafia parties. She also praises him openly on social media. Other users are also using the word chameleon for Kangana. Users are writing for Kangana that all these people are pieces of the same plate.