Kareena Kapoor does not like chocolate flavor, many big revelations from the leaked actress’s WhatsApp chat 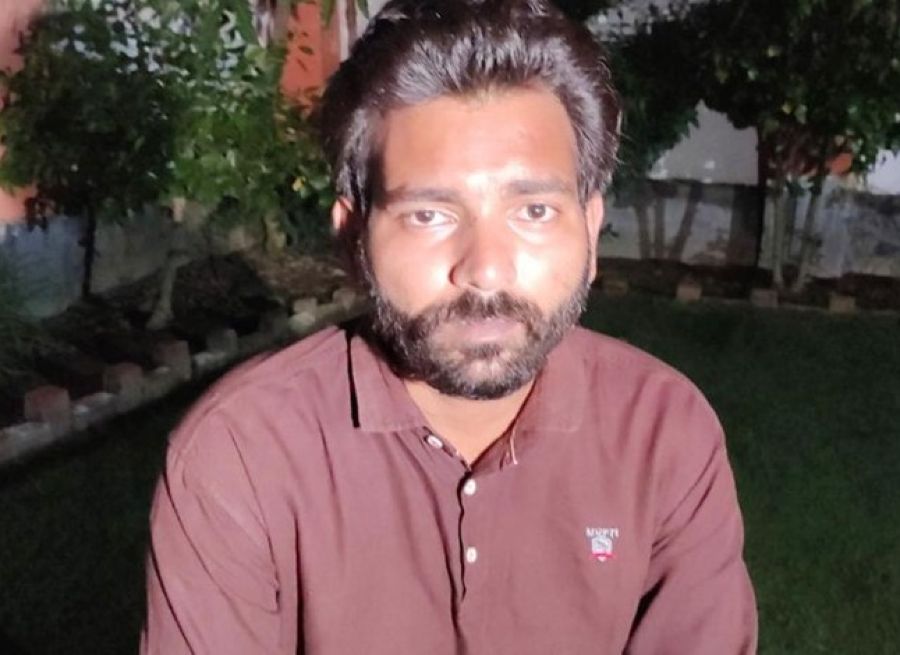 Let us tell you that recently actress Kareena Kapoor Khan has shared a screen shot on her Instagram story. Along with this, it is also written that he likes such talk very much. In this chat, Kareena Kapoor Khan is seen talking to actress Sonam Kapoor’s sister Rhea Kapoor. Both are seen discussing about the flavor of chocolate and ice cream. In the chat, Rhea Kapoor first asks Kareena Kapoor if she should send hot chocolate, whipped cream flavored ice cream to Kareena. 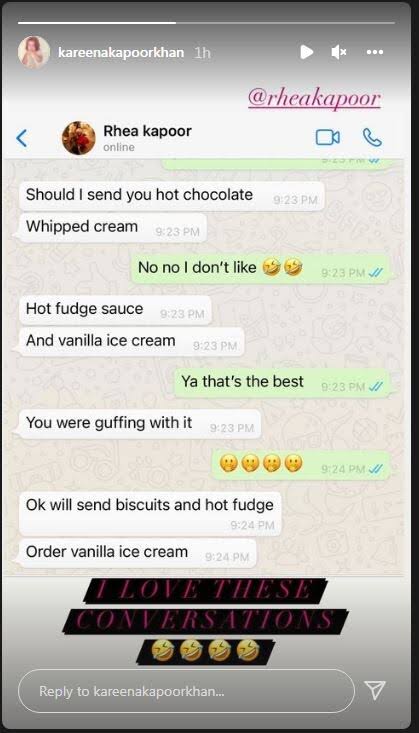 To which Kareena Kapoor categorically denies and says that she does not like this flavor at all. After which Riya starts giving option to Bebo and asks her to send hot fudge sauce and vanilla ice cream. To which Kareena says that this is a good option. Kareena asks him to send the same flavour. After which Riya tells actress Kareena Kapoor that it is okay then she is sending him biscuits and hot fudge and they should order vanilla ice cream.

If we talk about actress Kareena Kapoor Khan, then the actress is very active on social media. She keeps on posting some great posts every day. In these posts, she is also seen sharing family time.

Significantly, in the month of December last year, the actress came under the grip of an epidemic. Even at that time, Riya Kapoor and her mother had sent chocolates for Kareena Kapoor Khan. Whose picture was shared by Kareena on Instagram. It was also written that chocolate is such a thing, which makes everything better and easier.

Share
Facebook
Twitter
Pinterest
WhatsApp
Previous article
After giving birth to two children, Saif no longer feels anything in Kareena, this actress has been told the most sexy
Next article
Saif Ali Khan had to listen to people’s taunts because of his son, son did this work in front of everyone