Seeing Emraan Hashmi, this actress got thirsty, kept doing it even after saying the director’s cut… — Gazab Fact 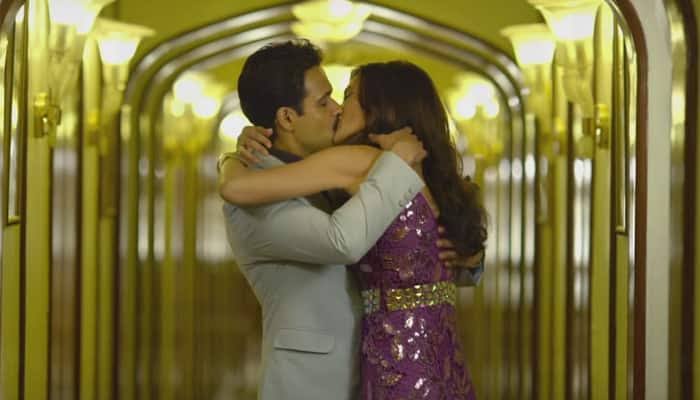 Bollywood actor Emraan Hashmi is popularly known as ‘Serial Kisser’. Emraan has done many big films. In which he has given mostly romantic scenes. In such a situation, his image has also become the same. The actor has done romantic scenes with one or the other actress in all his films. Although Emraan Hashmi has the experience of kissing girls, but once an actress surprised him. It is a matter of time when the actress did not stop kissing Imran even after the director’s cut. Today in this article we are going to talk about the same actress, who is that actress after all?

Let us tell you that that actress was none other than Nargis Fakhri. Yes, the shooting of the song ‘Bol Do Na Zara’ was going on on the sets of the film ‘Azhar’ and the kissing scene was to be shot. For which both the film’s hero Emraan Hashmi and actress Nargis Fakhri were ready. At the same time, after the shooting of the scene, the director said cut, but Nargis Fakhri did not stop. She kept kissing by holding Imran tightly. Imran himself was surprised to see this. At the same time, the crew members start laughing out loud.

Talking about her kissing scene, the actress recently told during an interview that she had to kiss Emraan Hashmi five times. For which she was going to charge extra. Because he started feeling that it was not in his contract at all. She further says, she came to know that Imran was very happy about it.

For your information, let us tell you that the film ‘Azhar’ was released in the year 2016. Which was the biopic of former cricketer Mohammad Azharuddin. Actor Emraan Hashmi was playing the role of Azharuddin in his biopic. At the same time, his heroine i.e. Nargis Fakhri was in the role of Sangeeta Bijlani. The film was directed by Tony D’Souza-Anthony D’Souza. Which got a lot of love from the people and people liked this film very much.