Babita of ‘Ashram’ earns crores of rupees like this, lives a very luxurious life 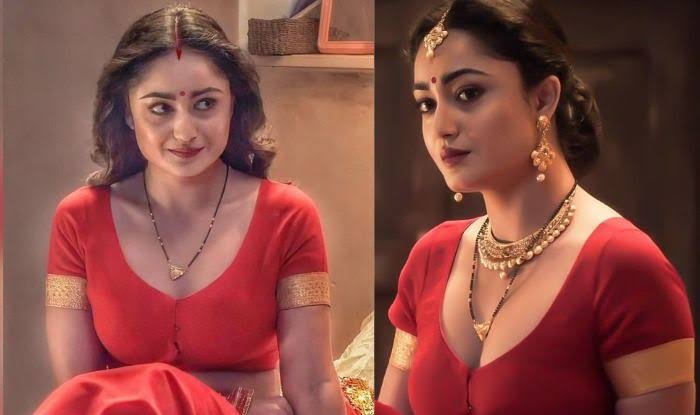 People nowadays like to watch web series on OTT platforms. There have been many great web series in recent times. In which the name of ‘Ashram’ is also included. This web series is not getting any special response from the people. The audience has liked the acting of every character in the series. In this web series, one big artist performed his acting. In which there is such a character, which was highly praised. In such a situation, this character is constantly in the headlines.

Let us tell you that there is also a character of Kashiram Baba in the ashram. Which is performed by famous artist Bobby Deol. Tridha Choudhary aka ‘Babita’ set social media on fire after she gave several intimate scenes in this series with actor Bobby Deval aka Kashiram Baba. His followers are huge. Tridha Choudhury has also done many other big films before doing the ashram. Along with this, Tridha has done films in many languages. He has done many films in Bengali, Hindi, Tamil, Malayalam, and Telugu. Actress Tridha Choudhary started her film career in 2013 with a Bengali film ‘Mishaur Rohosyo’.

Actress Tridha, who set fire everywhere with her beauty, made her television debut in the year 2016 with a famous show of Star Plus channel “Dahleez”. On the other hand, if we talk about web series, then he has worked in big web series like ‘Chargesheet: The Shutterlock Murder’, and ‘Spotlight’.

If we talk about his wealth, then he has total assets of 1-5 million dollars. The actress lives in a luxurious bungalow and follows a royal lifestyle. According to a report published in a well-known newspaper, the actress, while talking about her crush, told that she likes Varun Dhawan very much and also wants to romance with him. She further said that she follows Varun and has also messaged him.

Share
Facebook
Twitter
Pinterest
WhatsApp
Previous article
Mukesh Ambani is India’s richest man, yet wife Nita Ambani had to go to work
Next article
Karthik Aryan is going to marry for money, will get money in crores