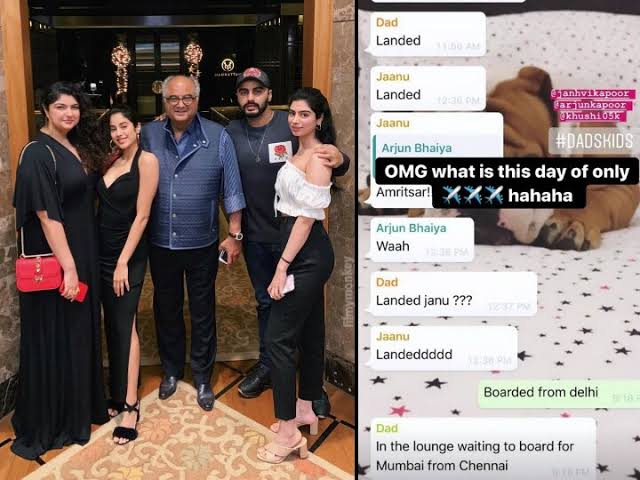 Everyone knows how much Bollywood stars have a fan following and to what extent their fans love them. Ask them anything about your favorite stars, they will tell you instantly. That is, where do you like to go, what you do, what you eat, where you live, everything. Even his fans already have an idea of ​​when he is going to which party or is going to go. In such a situation, have you ever wondered how celebrities would talk among themselves. The audience is always interested in how the stars must be talking among themselves, which is why people like celebrity chats a lot. Today we are going to talk about the same stars who themselves opened their WhatsApp chat in front of the audience.

As you all know, Boney Kapoor has got two wedding themes where he got Anshula and Arjun from the first marriage, while he got Jhanvi and Khushi from the second marriage i.e. Sridevi. Boney has also created a WhatsApp group with his 4th children, which is named Dad Kids. In which only the most active bony lives. Recently, Anshula had leaked the chat of this group, in which Boney is asking all the children for their location.

Abhishek Bachchan’s name is also included in this list. In fact, when Abhishek went to Koffee with Karan with his sister Shweta Nanda, he also mentioned about the WhatsApp chat. Actually, while talking about his family group, Abhishek had told that if you want to send a message, then first you have to call Amitabh ji and ask him to read it. While Aishwarya is very active, but she takes a lot of time to answer anything. A very active member of the family is Shweta’s son Agatsya who keeps sending jokes on his mother. Along with this, Jaya Bachchan sends religious messages in the group.

The girls gang of Karisma Kapoor, Kareena Kapoor, Malaika and Amrita Arora also has a WhatsApp group. Kareena had told about this group that in this group I can talk openly on any topic without any filter. 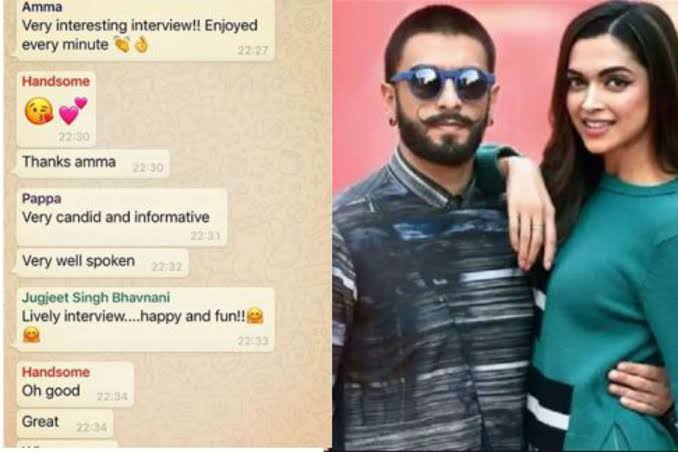 Bollywood’s Mastani Deepika Padukone also once opened her personal chat on social media in front of her followers. Apart from her husband Ranveer Singh, this family group also includes her parents and mother-in-law. The chat of this group grabbed the most attention because of the name of Ranveer’s number saved in Deepika’s phone. That name has now let everyone know what she calls her husband.

Priyanka Chopra also has a family group. This was told by his cousin Mannara Chopra himself. Mannara says that the name of her family group is ‘The Chopras’. There are about 14 members in this group, in which everyone has to share their photos and tell where they are at the moment.

Share
Facebook
Twitter
Pinterest
WhatsApp
Previous article
Malaika is very happy after separating from Arbaaz, does late night party with friends
Next article
Mother Salma had turned her face to Salman Khan who was in jail, after years the pain of Dabangg told the whole truth