Skip to content
HomeNewsTelling the truth of Bollywood, the pain of Yami Gautam spilled, said


In the glittering world of Bollywood, everyone comes with a dream to become a big artist. In everyone’s eyes there is a desire to get the same stardom as stardom people look towards their stars but it is not necessary to fulfill everyone’s dream. Many actors also reach the films but it is very difficult for them to earn a name. However, there are some people who slowly climb the stairs of success and make a place in the hearts of people. It also includes the name of Yami Gautam Dhar.

Yami started her career with an ad and then she reached TV and then in Bollywood films. She has been the heroine of successful films like Uri – The Surgical Strike and Vicky Donor. However, as much as there is brightness in the world of Bollywood, there is also a shadow of darkness. Now recently actress Yami Gautam has also exposed some disgusting secrets of Bollywood. He told what kind of work he had to do to stay in the industry. 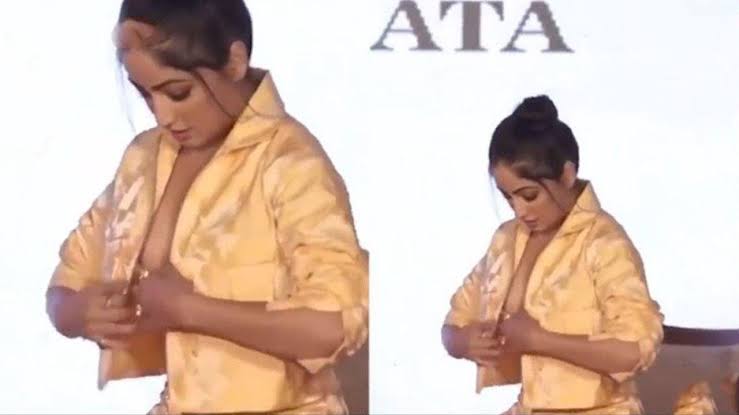 Recently Yami Gautam completed 10 years in the industry. He talked to a site on this special achievement. During this interview, she told how she had to do things at the beginning of her career which she did not want to do. Yami told that she also did many such films which she did not wish to do. Yami was asked how difficult it was for her to make a mark in the industry. On this, she said that at the beginning of her career, she did what she did to stay in the industry. He acted against his will so that the audience would not forget him.

Yami said that even after the success of her first film, she had to face many problems. He said that here actors are expected to do such films which have more songs, which other actors have not done before because it moves. To maintain your identity here, you have to do all that you do not want to do.

Yami reveals the secrets of Bollywood

Yami said that she was also advised to work with big stars even if their roles are small because that’s how people will recognize them. Yami did this too but she did not get success even then, then she understood that she would get the right recognition from a good role and a good story. After this Yami worked in all kinds of films and got her acting iron.

Let us inform that recently Yami was seen in A Thursday and Tenth. Yami’s work was well-liked in both of these. She will also be seen in Lost and Oh My God 2 very soon. Yami surprised the fans by marrying Aditya Dhar last year. Let us tell you that Aditya Dhar had produced the film Uri: The Surgical Strike.