In Ramayana, when Ram took a new car, people asked how many planes of Lord Pushpak came? 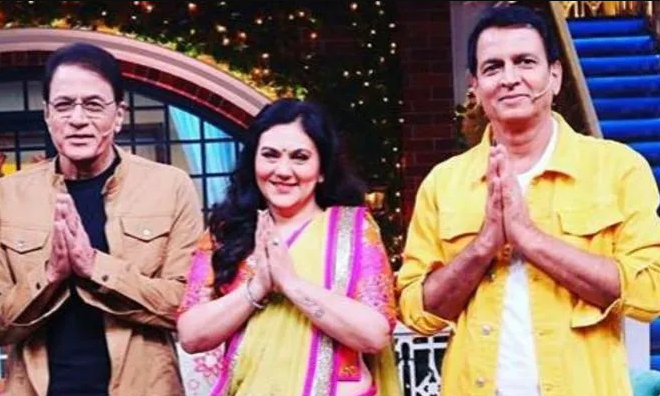 Friends Ramanand Sagar’s Ramayana is liked all over the world. During the lockdown, people once again saw the Ramayana, after which people have once again shown their love for Ram Laxman. At the same time, people still see Ram Roop in Arun Govil, who was famous for the character of Ram. Not only this, fans comment on his pictures in the same way, which clearly shows that he is Rama of Ramayana for the fans. Something similar can be seen in the viral photo of Arun Govil. Let us know how the fans reacted when the actor bought a new Mercedes.

This is how the car showroom welcomed it

At present, the photo of Arun Govil is going viral on social media. Fans have also shared a video of him. This video is about his new car purchase in which he is given a grand welcome on entering the showroom. Not only this, a photo of Ramayana of Ramayana was also posted in the showroom.

Also read: How much wealth does Punjab cricketer Harbhajan Singh have?

As you can see in the video, Arun Govil and his wife Lekha Govil are seen undressing in the new car. The car keys were then handed over and the video was shared by Arun Govil on his Instagram account. In the caption of the video, he writes, “By the grace of God a new vehicle has arrived in the house today.”

people said the car was a modern chariot

Fans are showering a lot of love on this video of Arun Govil. While users have started congratulating him, some fans have praised him by commenting. One user wrote, ‘God, many congratulations to you. A user has described Arun Govil’s car as the flower of Kaliyuga.

At the same time, a user named his car as Modern Rath. The price of this vehicle is Rs 40 lakh which is very different. Nowadays Arun Govil is working as a motivational speaker. At the same time, a few days ago, he said that he is working on a film, whose shooting is still going on and his teaser will be released soon.