After marrying Vicky Kaushal, now Katrina is spending time with someone else After getting married in December last year, Katrina Kaif and Vicky Kaushal returned to work to fulfill their promise. Tiger 3 is Katrina’s first work with Salman since marrying Vicky Kaushal in December 2021. Several pictures and videos have surfaced on the fan page, giving us a glimpse of the latest schedule of Tiger 3.

was shooting a movie

Salman Khan, Katrina Kaif and Emraan Hashmi were shooting for their upcoming film Tiger 3 in Delhi these days. The stars were seen leaving for a film schedule in Delhi on February 15. Salman Khan and Katrina Kaif had a blast during the shoot of Tiger 3 in Delhi and they often shared pictures and videos from the sets on social media. Tiger 3 is the third film of Salman Khan and Katrina Kaif’s Tiger franchise. Directed by Maneesh Sharma and directed by Yash Raj Films, Tiger 3 has been shot at several scenic locations in India and abroad. The stars were seen leaving for a film schedule in Delhi on February 15. However, he has now wrapped up the Tiger 3 schedule in the national capital as he appeared at Mumbai’s Kalina airport today, February 19. He came back home to Mumbai. Salman, Katrina and Imran were seen in casuals at Kalina Airport in Mumbai. Till now there is no official update regarding the release date of the film. 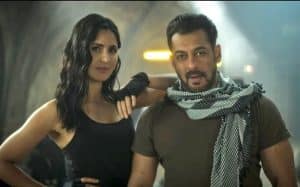 The couple did not have much time for their honeymoon as they headed straight for Maldives from their wedding venue. Earlier, Vicky was seen returning to Mumbai for a day with Katrina on New Year’s Eve. After marrying Vicky, Katrina was also seen going to Indore to celebrate her first Lohri. 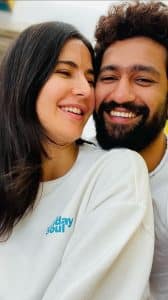 On the work front, Katrina will soon be seen in ‘Phone Ghost’ alongside Sriram Raghavan and ‘Jee Le Zara’. Vicky is followed by ‘Sam Bahadur’, ‘Govinda Mera Naam’ and Laxman Utekar.

Share
Facebook
Twitter
Pinterest
WhatsApp
Previous article
People reprimanded Rashmi Desai for wearing a bikini, said
Next article
Flights will start soon from Bihar’s Muzaffarpur Airport, from where the ship will leave for these cities