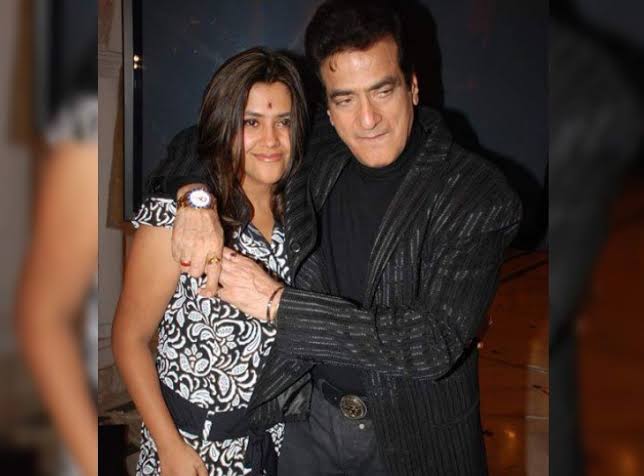 There are many star kids in Bollywood who are busy making their name. He is trying that one day he should be recognized only by his name and not by the name of his superstar parents. Although there have been some artists in the industry who have proved it and shown it and today their name rings in the world. Ekta Kapoor, a famous producer of TV and films, is the best example of this.

Ekta Kapoor is the daughter of superstar Jitendra but she has earned so much name in the film and TV world that only her name is discussed everywhere. Seeing her hard work and success, people forget for a moment that she is the daughter of a superstar. Ekta is called the Queen of TV and has ruled TV for years. Even today the shows made by him are superhit. However, like his TV shows, his personal life is also full of many twists and turns.

Everyone knows that Ekta Kapoor did not get married but she has become a mother. In fact, through surrogacy, she has become the mother of a son whom she has named Ravi. Ravi is the light of her life whom she loves dearly. Although it was not that Ekta never wanted to get married, but long ago she had a lot of craze for marriage, but due to a condition of her father, she could never get married.

Ekta is a successful businesswoman today but there was a time when she had the craze of partying and getting married. Since the age of 15, Ekta was fond of partying. However, once his father refused to give him pocket money. This was disclosed by Ekta in an interview. He told that when he talked to his father about marriage, he said that either you get married or do work instead of party, what I want.

Ekta could not get married because of this

Jitendra’s saying so much that day became a stone’s line for unity. Ekta has decided that she will now show her father successful. Instead of marrying at a young age, he gave importance to his career. At one point of time, Ekta’s name was also associated with many artists but she never let her lose her focus from these things.

Ekta had told- I was very happy with the situation I was in during that time and everything was going well, so I thought that when I will be 22, I will get married but something else was written in the fate. Let us inform that at the age of 19, Ekta had produced Hum Paanch serials. The show was a huge hit, after which he ventured further into the world of production.

After this he made shows like Kasautii Zindagii Kay, Kahaani Ghar Ghar Ki, Kyunki Saas Bhi Kabhi Bahu Thi, Bade Achhe Lagte Hain which were super hit. Some shows also flopped but the number of hits is very high. He has produced more than 135 TV serials in his career so far.