Road paves way for construction of ropeway in this district of Bihar, tourism will also get a boost, development of the district too 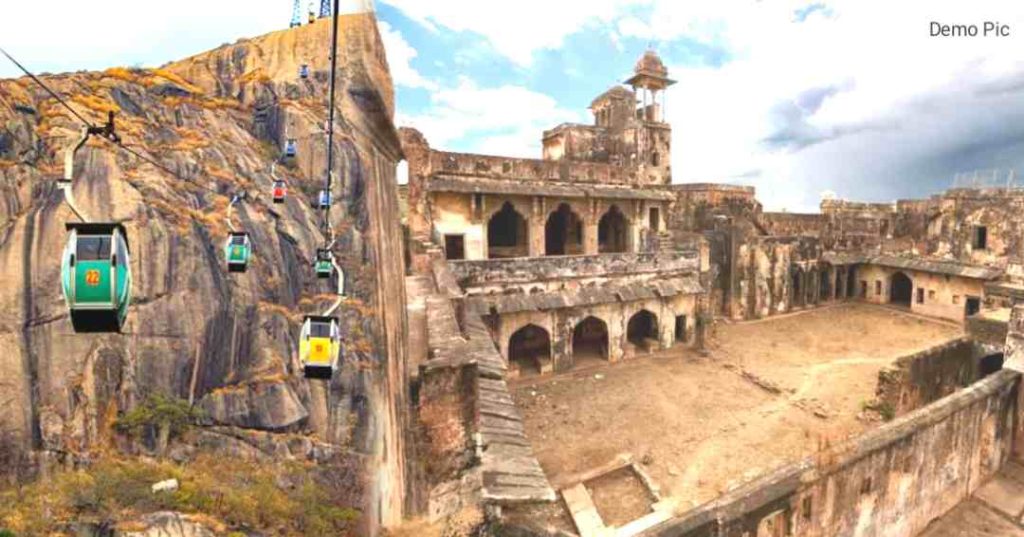 The Bihar government is making constant efforts to promote tourism, in which a ropeway is being constructed. Let us tell you that a ropeway will be constructed from the Rohtas block headquarters to the Chaurasan temple of the fort.

Sunil Kumar, Deputy Chief Engineer, Bihar Bridge Construction Corporation said that all the technical hurdles in the construction of the ropeway have been removed. His tender has also been withdrawn. Construction will start after rain. CM Nitish Kumar had inspected the fort in 2012 and in the meantime announced its development.

In the same year, the Government of Bihar decided to build a ropeway to Rohtas Fort at an altitude of 1500 feet to promote tourism. Approval of Rs.12 crore 65 lakh for construction of ropeway and road from Chaurasan temple to Durg. Last year, the Union Ministry of Forests and Environment had obtained NOC for the construction of a ropeway to Rohtas Fort in Kaimur Forest Reserve. Apart from the ropeway, the road construction work is going on from Rohtas Fort to Chaurasan Temple to Fort and from Rohtas to Adhaura. The then SP Vikas Vaibhav sent a proposal to the state government to build an incomplete ropeway from Rohtas while promoting Naxal eradication and tourism.

He said that tourism development would help in checking Naxalism, unemployment and labor migration in the region. He also trained 80 youths from a village near Rohtas Fort in Dalmiyanagar on 14-15 June 2010 as tourist guides. Sunil Kumar, Deputy Chief Engineer, Bihar Bridge Construction Corporation said that the process of construction of the ropeway is in its final stages. The works agency has been directed to construct the ropeway at a cost of Rs 12.65 crore. NOC has also been taken from the Forest Department. At the same time, the objections of the Ministry of Environment have been removed. It is expected to get the no-objection certificate from the ministry within 2 months.