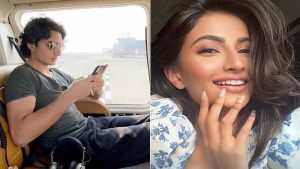 There is no person in today’s time who does not know Saif Ali Khan. This is because Saif Ali Khan is none other than a very big Bollywood actor and in today’s time he has a huge name in Bollywood. Saif Ali Khan also has a son named Ibrahim Ali Khan. At present, the pair of both father-son duo i.e. Saif Ali Khan and Ibrahim Ali Khan is becoming quite viral on social media. This is because recently some such pictures of Ibrahim are going viral on social media, which shows that he has started liking a girl. Talking about the girl, she is actress Palak Tiwari who is a well-known Bollywood actress. Further in this article, we will tell you why it is being said that both are dating and like each other. 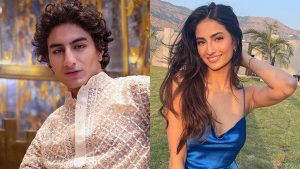 Saif Ali Khan’s son falls in love with actress Palak Tiwari, both went to dinner together

At present, Saif Ali Khan’s son Ibrahim Ali Khan is becoming quite viral on social media. This is because recently pictures of Ibrahim have gone viral on social media in which the actress is also seen with Palak Tiwari. Ibrahim Ali Khan and Paar Tiwari were seen exiting a press together and it is being said that both of them are dating each other because both of them hid their faces when the pair came out together . This direct target is on the fact that both are hiding their relationship from the world and both also like each other. 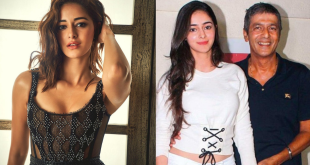 Everyone knows Chunky Pandey very well in today’s time and…

Share
Facebook
Twitter
Pinterest
WhatsApp
Previous article
Bhagalpur tops the Bihar Smart City Rankings, an improvement of 28 points at 23rd, Surat at first and Indore at second.
Next article
Salman Khan changed the title of ‘Kabhi Eid Kabhi Diwali’ due to the threat! Now it will be released with the same name!