Skip to content
HomeNewsThe lane going from Atal Patha of Patna to R Block will remain open for public.

A garter has been installed on the foot overbridge near Punaichak on Atal Path in Patna. Now the highway lane from Digha to R block is operational. This lane was actually closed due to the construction of a foot overbridge. For the last one month, vehicles are running on the service road from Bailey Road to R Block.

According to BSRDC officials, the fourth and last foot overbridge of Atal Path will also become operational by the end of this month. With the commissioning of this overbridge, the route from Punechik to Boring will become very convenient for the pedestrians. 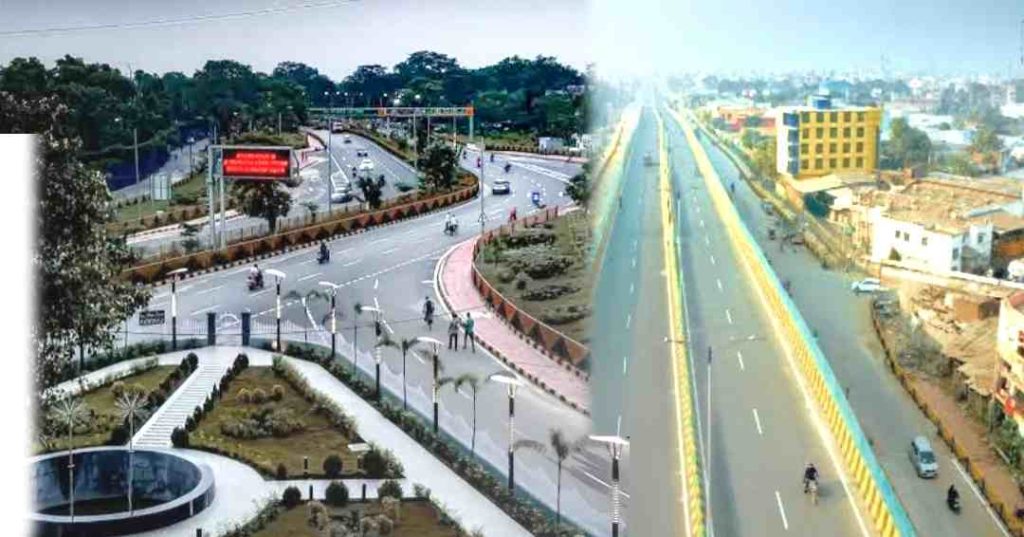 There was a plan to build a 40-foot overbridge to cross the unpaved road on foot. Out of these, foot overbridges have been constructed near Mahesh Nagar, Rajiv Nagar and MLA flats. Flyovers have been built at 6 places on Atal Marg. These include Bailey Road, FCI, Rajiv Nagar, Shivpuri, Digha Bazar, Ashok Rajpath, FCI Dedicated etc. At present, there is a vegetable market in Shivpuri and Rajiv Nagar. At the same time, from June 25, CNG buses will run from Atal Path to Hajipur via JP Setu. According to the Transport Department, 70 new CNG buses will arrive by June 15.

After the arrival of these buses, trials will be done from Gandhi Maidan to Dakbangla, Patna Junction, R Block, Atal Path, Ganga Path, JP Setu to Sonpur and Hajipur. After that 4 CNG buses will run. At present, government buses go to North Bihar via Gandhi Setu. Let us tell you that the bus stop running from Atal Path to Hajipur has been fixed. These CNG buses stop at Block, Mohanpur Sump House, Mahesh Nagar, Rajiv Nagar and Digha. This will be the 15th city bus route from Gandhi Maidan to Hajipur station via Atal Path and JP Setu. At present, city bus service is running on 14 routes in the city.