Anuj Kapadia is cheating Anupama, soon there will be a big twist in the story 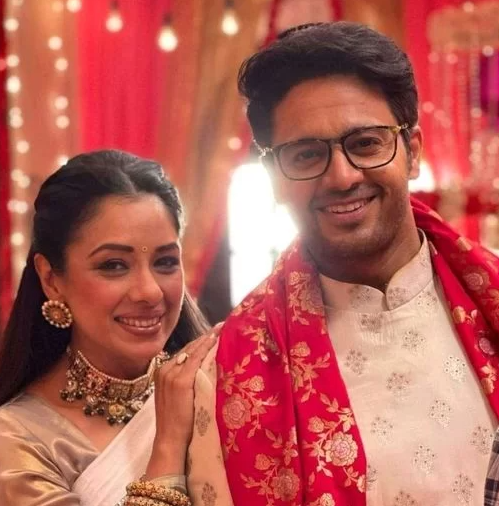 Friends, everyone likes to watch Anupama series this time. It inspires women to move forward, with the message that they can do whatever they want. Women also have the right to move on if their husband cheats on them or breaks up with them after marriage. Such is the story of Anupama. Anupama recently married Anuj Kapadia for the second time. Now his love story is entertaining people a lot. Both are often seen falling in love, but now Anupama is also falling in love with Anuj.

Anuj and Anupama have won everyone’s heart. At this time their pair is very much in trend. At the same time, Anupama has joined her new father-in-law’s house. However, even there, Anupama’s troubles did not subside and her daughter-in-law is seen weaving a net for Anupama.

In this video going viral, Anupama is getting ready like a bride wearing a sari. She looks so beautiful, Anuj never gets tired of praising her. Rupali Ganguly has shared this video on her Instagram. Now a big twist is going to come in this series which will change the whole story.

Share
Facebook
Twitter
Pinterest
WhatsApp
Previous article
Mars is visible in Aries, there will be a big change in the life of these 4 zodiac signs!
Next article
Muzaffarpur Baria bus stand will be shifted in two parts at these two places, know where to get buses