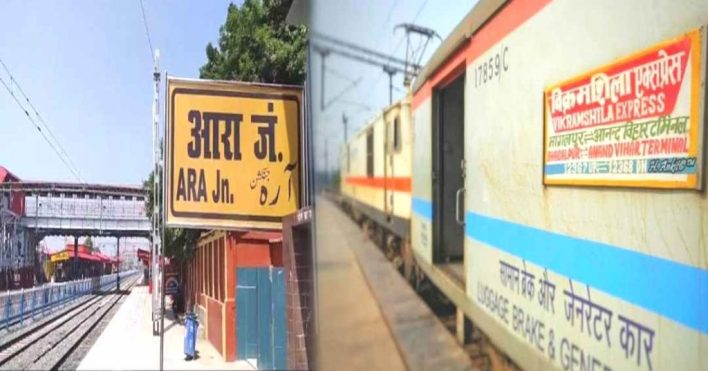 The demand of the people to stop the Archana and Vikramshila Express has been fulfilled by the Railways. Both the trains will stop at Ara Junction from today, June 11. According to sources, the Railway Board has ordered train number 12355 Patna-Jammu Tawi Express to stop at Ara Junction for two minutes at 8:10 am and open at 8:12 am. It will halt at Jammu Tawila 2 days a week at Arrah on Tuesdays and Saturdays. Similarly, Train No. 12356 Jammu Tawi to Jammu Tawi-Patna Express will reach Ara Junction at 19:25 hrs and will leave at 9:27 hrs after a halt of two minutes. 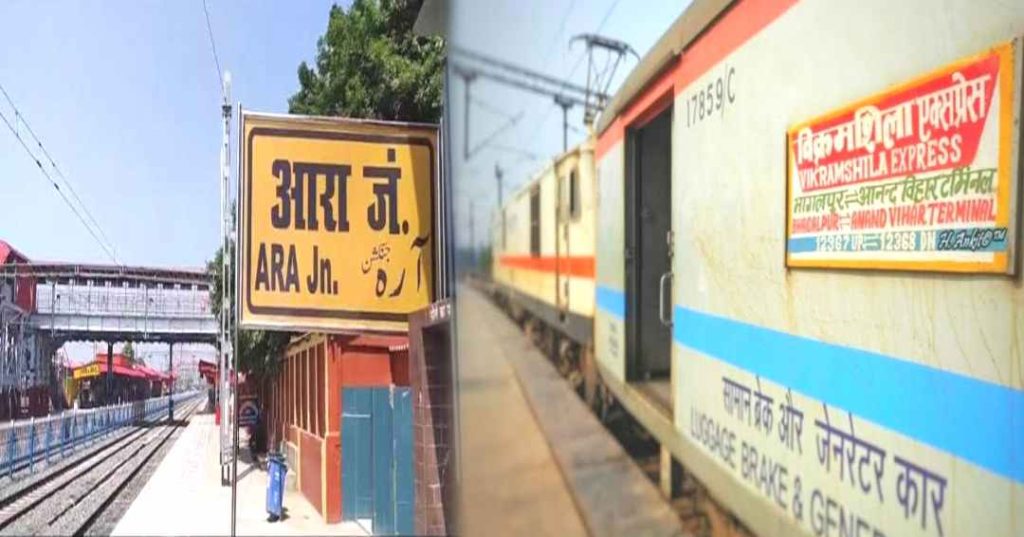 He will stop at Arrah and travel to Patna 2 days a week on Monday and Thursday. After that second stop train number 12367 Bhagalpur-Anand Vihar Vikramshila Express will stop at Ara at 2mins 17:37 hrs everyday and depart at 17:39 hrs. Similarly, train number 12368 Anand Vihar – Bhagalpur Vikramshila Express coming from Anand Vihar will halt at Arrah at 1.25 PM. After stopping for two minutes, it will leave for Bhagalpur at 1:27 pm. Both the trains have been stopped for a trial period of 6 months. The Railway Board has sought a report from the local manager that how much is earning daily from the stoppages of the train for the last 5 months.

According to the information, when a train stops for the first time, its trial runs for 6 months. After that the pause becomes regular. However, stopping the worship will give more relief to the person visiting Vaishnodevi. Let us tell you, another good news is coming soon for the people of Bhojpur. Actual Ranchi Express currently departs from Ara Junction for Ranchi on Sunday. However, the Railway Board is considering two-three days a week. However, a settlement is expected soon. Passengers going to Jharkhand will be greatly benefited by Ranchi Express starting two or three days a week.