Getting rid of long queues for reserved train tickets, 28 passenger ticket centers will be set up 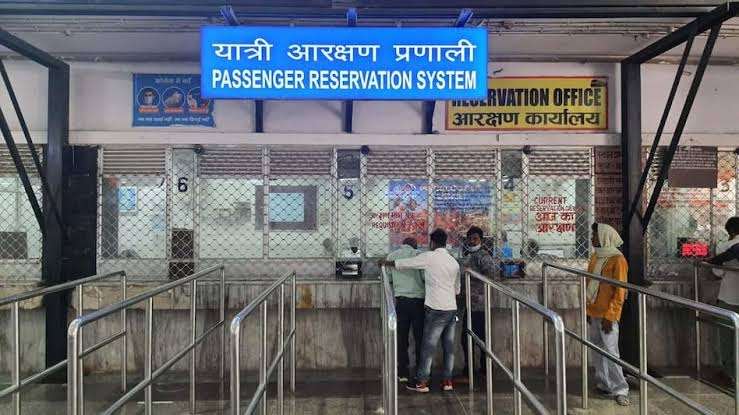 Applications are invited for opening Passenger Ticket Management Center in Samastipur Division. Applications are invited from competent candidates for 3 years for establishment and operation of Unreserved Ticketing Center with computerized reservation system. The initial term of the license has been fixed at 3 years. At the end of the tenure, further work will be done in view of the work done by the competent authority. This includes agents appointed by JTBS, RTSA, RTA or IRTCT. Tickets will be available on time.

Reservation timings will be from 8.15 am to 10 pm and on Sundays from 8.15 am to 8 pm. No concessional tickets or group booking will be done at these centres. Unreserved class tickets will not be refunded. Passenger ticket centers will start at these 28 places

Divisional Railway Manager Alok Agarwal said that 28 passenger ticket arrangements have been fixed for the operation of the station outside the station premises of Samastipur Railway Division. Applications are invited for establishment and operation of unreserved ticketing center with computerized reservation system for 3 years. This will bring great convenience to the passengers. Earlier only general ticket was available.

Earlier, the Railway Department had approved setting up of ticket counters outside the station. Under this, the arrangement center for general class tickets was started outside the selected stations of the division. Now it also provides PRS facility. Will be official for 3 years.

For the convenience of passenger tickets, approval will be given to start the center outside the station for three years. After the expiry of the period, the work can be renewed for another three years by the competent authority on the basis of setting work, as per the prevailing rules. Candidates can submit the application in sealed cover to the DRM office by 27 June. The information and complete details have also been uploaded on the official website of the Railways, while the candidates can also get the terms and conditions for PRS cum UTS with the help of the website.

Share
Facebook
Twitter
Pinterest
WhatsApp
Previous article
Amitabh Bachchan did lip kiss with an actress younger than 44 years, wife and child out of the house!
Next article
John Abraham’s spilled pain, said I will not sell for ₹ 300