Virat Kohli and Anushka Sharma are holidaying in Maldives after IPL. 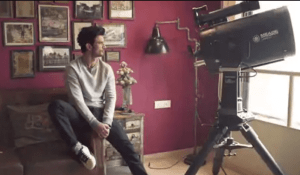 Anushka Sharma is a beautiful and well-known actress of Hindi cinema. We all know that she married former cricket captain Virat Kohli and since then they are living happily together. Let us tell you that actresses and cricketers are counted among the most beautiful and beautiful couples of Hindi cinema. This couple is very active on social media and shares some pictures and videos related to their personal life with their loved ones through their Instagram account. Also, millions of fans of this couple follow them on Instagram, for information let us tell you, this couple is currently enjoying a holiday in Maldives. The actress has shared some pictures from her social media account.

Some pictures of actress Anushka Sharma and her daughter Vamika and cricket legend Virat Kohli enjoying a holiday in Maldives are going viral on social media. The pictures posted by their darling daughter Anushka Sharma on her Instagram story while enjoying the holiday have won the hearts of millions of fans of the couple and are currently trending on social media. The fans of the actress are seen expressing their love while reacting sharply to these photos.

Significantly, on June 9, 2022, actress Anushka Sharma shared a photo of her little princess on social media from her Instagram account. This picture was actually of the back side of Vamika’s cycle. Vamika was written on the back of the same picture. While sharing this photo, the actress has made a sweet promise with her daughter Vamika through the caption. Actually, the actress wrote in the caption, ‘I will take you with me to a beautiful place in this world. you are my life. ‘ That’s what I will tell you all, Virat Kohli and Anushka Sharma took seven rounds with each other in 2017 and in January 2021 the couple became parents to their little princess. The special thing is that this couple likes to keep their daughter away from the limelight.

On the other hand, if we talk about Anushka Sharma’s work front, the actress will soon be seen in her upcoming film ‘Chakda Express’. The actress’s film is a biopic of Jhulan Goswami, former strongman and captain of the Indian cricket team. Anushka Sharma has worked hard on the field to show her best performance in the film. But now that the actress is taking a break from her personal life and spending time with her family, the pictures she has shared have been liked by millions of her fans.

Share
Facebook
Twitter
Pinterest
WhatsApp
Previous article
Anushka reached the beach leaving Virat at home, did a killer pose wearing an orange monokini on the beach!
Next article
Salman may have to go to jail once again, had done wrong with the man on the way