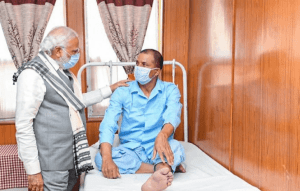 Aamir Khan, popularly known as Mr. Perfectionist in Bollywood, is in discussion at this time. Aamir Khan has been missing from the big screen for the last several days. His last film ‘Thugs of India’ came in November 2018, which did not do well at the box office. Now Aamir Khan is busy preparing for the comeback. Aamir Khan is also eagerly waiting for his upcoming film.

Aamir, who is engaged in many projects, is all set to make a comeback on the big screen. For this he has taken up many projects. Aamir Khan is one such actor who likes to do only one film at a time. But this time she is busy with one project after another. These days Aamir is in discussion about his upcoming film ‘Lal Singh Chaddha’. ‘Lal Singh Chaddha’ will release on August 11. It has been a long time since his last film ‘Thugs of India’ was released. In such a situation, Aamir is seen ready to return to the screen with many films. Apart from ‘Lal Singh Chaddha’, he has many scripts in his hand.

Aamir likes an idea. Actually these days Aamir is in discussion about a feature film with Sidharth P Malhotra. Siddharth is currently directing Aamir’s son Junaid in Yash Raj Productions’ Maharaja. In this regard, he has been meeting Aamir frequently regarding many of Siddharth’s ideas. Aamir likes one of them and asks Sidharth to develop it with his team of writers. If all goes well, the film will hit the screens by the end of next year.

Apart from working on Siddharth’s film, Aamir is also working on a Spanish film adaptation. Almost all the preparations have been completed. Aamir is waiting for the audience response for ‘Lal Singh Chaddha’. Only after that it will be officially announced. It will be directed by ‘Shubh Mangal Zyada Saavdhan’ fame RS Prasanna. Apart from these two films, Aamir is also discussing many more projects. It also includes a biopic of a disputed lawyer, which has been offered. Mogul in Kitty is a movie. Overall, Aamir is currently engaged in many films one after the other.