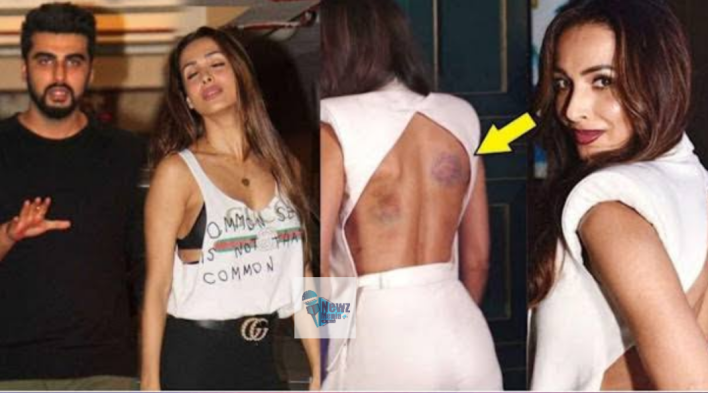 Arjun Kapoor, the macho man of Bollywood, remains in the discussion about his films as well as his relationship. Arjun Kapoor and Malaika Arora are one of the most talked about couples in the industry. Both open showers loves on each other and leave no stone unturned to praise each other. Now recently in an award function held in Mumbai, Arjun and Malaika reached an award show hand in hand. Both were carrying matching outfits, from which their bond was clearly visible.

Not only this, among so many celebrities, both of them also won the award of Most Stylish Couple. At the same time, Arjun Kapoor said such a thing about Malaika Arora which is now going viral on social media. Let us tell you that Arjun and Malaika won the Best Stylish Couple award at HT India’s Most Stylish Awards 2022 in Mumbai.

After winning the Most Stylish Couple award, the couple praised each other fiercely on stage. The things that Malaika and Arjun said about each other after winning the award are now becoming viral on social media. Malaika said that Arjun is waiting to hear thank you from her. To this Arjun said- no, I actually want to say thank you, baby, because of you these people called me stylish.

The interesting talks of Malaika and Arjun did not stop here. The actress further said- I think we complement each other. Everyone is asking us whether we are a match for each other. This is not done with any thought at all. Actually, in this award function, Arjun was seen in a blueish gray suit with a white shirt. At the same time, Malaika was also wearing a light blue colored shimmery suit and both the couple were giving goals.

Arjun Kapoor praised Malaika fiercely. He said- Thank you for making me stylish. I am standing with her today and winning awards but most importantly I am very happy to be here with her today because I think she makes me stylish today. He has made me a better person. So thank you I couldn’t believe I was so stylish.

Let us tell you that many stars like Kriti Sanon, Disha Patani, Aditya Roy Kapur, Raveena Tandon, Karthik Aryan had reached this award function. At the same time, Bigg Boss fame Shahnaz Gill also won an award in his name. Videos and pictures of Shahnaz are also going viral on social media. It is worth noting that among so many stylish stars, Malaika and Arjun managed to win this award. Users are liking and commenting on their pictures on social media. Some users are congratulating him for getting the award, while some people are also trolling him.