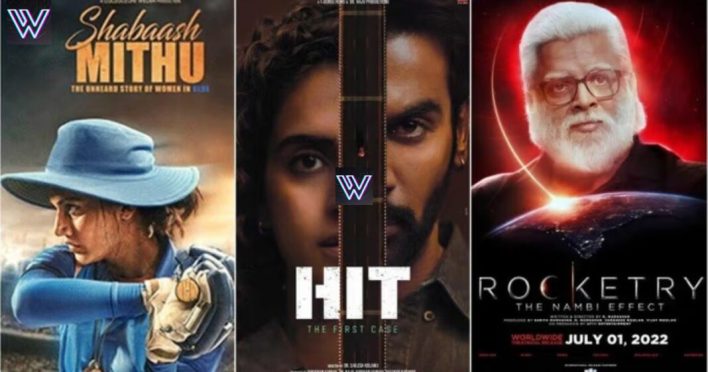 New movies are released every week at the box office. Released in theaters, they entertain the audience a lot. Some of these films were liked by the audience and some did not live up to the expectations. Along with last Friday, new films have exploded at the box office. At the same time, the films of the past are also trying to make their place on the screen. Meanwhile, on the last day i.e. Friday, the business figures of the films come out. While the old films are still trying to save their credibility at the box office, the recently released films have not done anything special. Let’s know about the film’s earnings on Friday-

Bollywood actress Taapsee Pannu has once again failed to impress the audience. Made in a budget of about 30 crores, the collection of this film could not even cross one crore on the first day. Talking about the film’s earnings on Friday, according to the initial figures, the film has done a business of about 80 lakh rupees across the country on the first day. Looking at the opening day collections, it is difficult to predict whether the film will do well at the box office.

At this time, the performance of Hindi films at the box office is continuously decreasing. South films have maintained their position at the box office for a long time. Perhaps that is why Hindi films are trying to reach the level set by South films, but they are not getting success. Rajkummar Rao’s ‘Hit the First Case’, which was released this Friday, could not do anything special on the first day. This Rajkumar Rao film is a Hindi remake of the South film of the same name, but the film did not get much response from the audience. The film has collected around 1.40 crores on its first day of release.

Rocketry: Bollywood actor R Madhavan’s directorial Nambi Effect has been slow at the box office but due to positive buzz the film is progressing day by day. Directed, written, and starring R Madhavan, the film is based on the life of Indian scientist Nambi Narayanan. The film, which has been earning well for the last few days, has started declining in its earnings. If reports are to be believed, it will earn at least Rs 40 crore at the box office before its release.