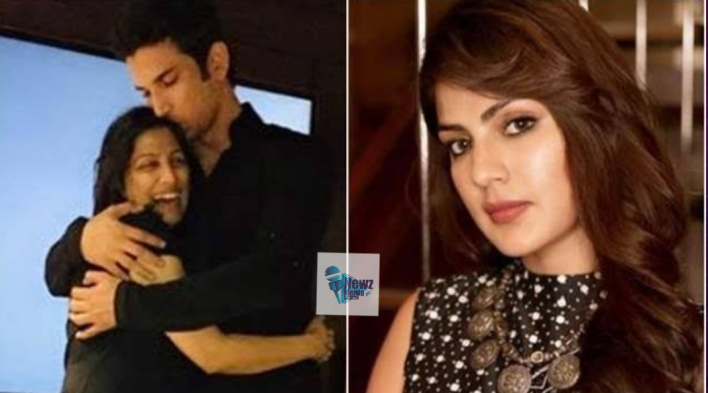 The Narcotics Control Bureau (NCB), which has been probing the drugs case since the death of Sushant Singh Rajput, has drafted a charge in this case. In this chargesheet, NCB has framed charges against 33 people including Riya Chakraborty and Sauvik Chakraborty. Riya has been accused by NCB of buying drugs and passing them on to Sushant Singh Rajput. Riya is also accused of inciting Sushant to do drugs. It has also been revealed from the charge draft of NCB that at the behest of the drug paddler, he used the country joint for the first time.

At the same time, it was also revealed from the chat of Sauvik Chakraborty that Sushant wanted to quit cigarette ganja. At the same time, after this disclosure of NCB, Sushant’s sister Priyanka Singh again targeted Riya. He said that ever since Riya came into Sushant’s life, Sushant’s life started getting ruined. Riya had remained silent in this matter so far, but now she has also responded.

Riya Chakraborty did not say anything directly in this matter but she has responded by sharing the post on Instagram. Riya posted a story in which it is written – Rise above the noise, rise above the arrogance, rise high enough that they can only point fingers at you because you are where no one can be. You are at peace, you are flying with love. There is mercy in you even though they have not given you any reason. Let them think, you are enough, you are whole, you are lovely as you are, don’t let them tell you anything different.

Now this post of Riya Chakraborty is going viral on social media. Riya has not mentioned anyone in the post, but people believe that she has written this in response to the allegations made by Sushant’s sister. Please tell that Sushant’s sister Priyanka has made serious allegations against Riya. He said- Riya came into his brother Sushant’s life from the year 2019 and since then everything started deteriorating. For the first time my brother and I had a fight. Everything happened within 6 days.

Priyanka made serious allegations against Riya

Priyanka was also asked whether someone has intentionally sent Riya in her life, then Priyanka said – Absolutely. Priyanka says that she cannot believe that her brother has taken such a big step. What happened to Sushant is a conspiracy. Many people were upset with Sushant’s talent. After Sushant said goodbye to this world, people understood how much common man is disliked in the film industry.

Let us tell you that after the passing of Sushant, many videos related to him went viral. In a video, Salman Khan was seen removing him from the leg. At the same time, a video of Shahrukh Khan and Shahid Kapoor’s award show also surfaced in which he was seen making fun of Sushant. Fans had expressed a lot of displeasure on Salman Khan and other stars after these videos surfaced.