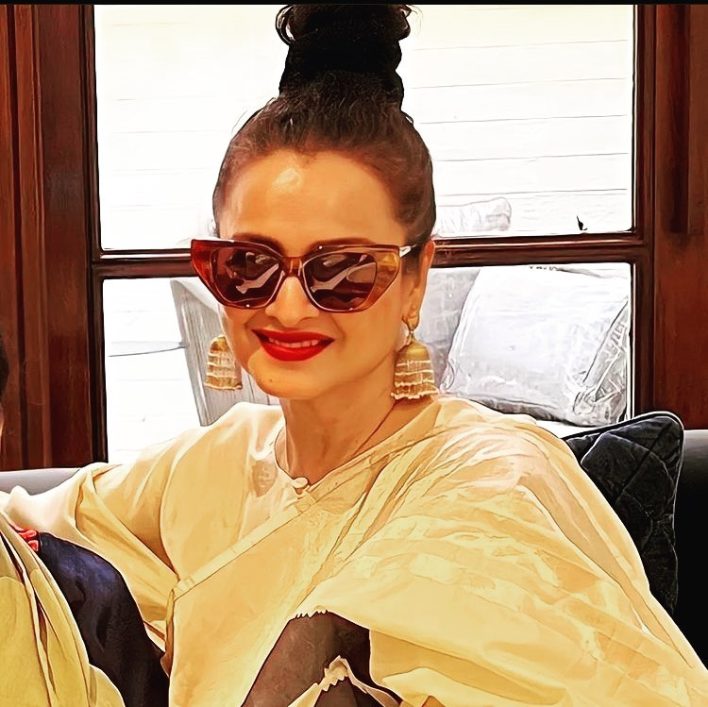 The journey of life of Bollywood’s Evergreen actress Rekha was full of ups and downs. She had to appear in films at an early age, which she did not want at all. Actually, Rekha’s parents did not get along with each other at all. For this reason the father left the family and Rekha was brought up by the mother. The financial condition of the house was not good, so the mother asked Rekha to work in films.

At the age of 13, Rekha had to come to the film world even without wanting to. His first film Anjana Safar was released in 1969. In this film, Rekha was seen with her older actor Vishwajeet. According to media reports, during the shooting of the first schedule of the film, director Raja Nawathe along with Vishwajeet had planned a kissing scene.

According to media reports, 15-year-old Rekha was aware of the romantic scene but she did not know which scene to give her. The short started and 25-year-old Vishwajeet suddenly started kissing with Rekha in his arms. He kept on kissing Rekha for five minutes. Rekha was shocked by this incident. During this, the director did not even say cut and the crew members kept on whistling. During which scene Rekha closed her eyes but her eyes filled with tears.

According to media reports, later Vishwajeet put the entire responsibility of this kissing scene on the director and said that he had kissed Rekha only at the behest of the director. According to the story of the film, this scene was necessary, so it was filmed. It was not shot for fun.