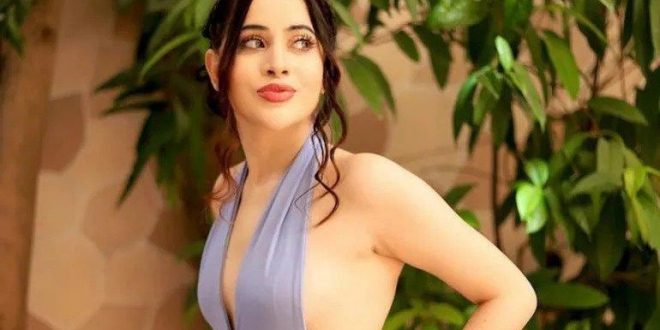 Urfi Javed Revealing Look: The latest look of Urfi Javed is becoming fiercely viral on social media. In this look, Urfi is showing her daring style, while a woman is seen covering her clothes.

Urfi Javed Viral Video: Fashion sensation Urfi Javed has created a ruckus on social media with her latest look. Inspired by the Galaxy, Urfi made such a dress in which she was seen embracing herself completely. Anyone who saw this look of Urfi was astonished. Now someone seems to be praising her, then someone is seen reprimanding her on this fashion of her. One such video has surfaced on social media in which a woman is seen covering clothes on this revealing look of Urfi.

Actually, Urfi Javed posed for paparazzi in her bo*ld look more than this limit and then after that she started going inside. In such a situation, a woman comes and is seen putting a shirt on Urfi. Let us tell you that she is not an unknown woman but a member of Urfi’s team and during this time she was seen taking care of Urfi’s bo*ld and daring look.

Urfi’s look is getting such reactions

Now social media users are also commenting a lot on this look of Urfi. Somebody wrote – Now these days were left to see, then someone said – limit is man. At the same time, there were some who were also seen praising this look of Urfi. Urfi had already informed about this look that she is going to be seen in the Galaxy Inspired look.